Madison County is located in central New York and is a predominantly rural agricultural community. The county was created from Chenango County in 1806 in what was at that time the wilderness of New York State. (Transcription of Chapter LXX (PDF), An act to erect part of the county of Chenango into a separate county by the name of Madison.)

The county was originally composed of five towns:
Over time the fifteen towns and city of Oneida were laid out in their present day form. 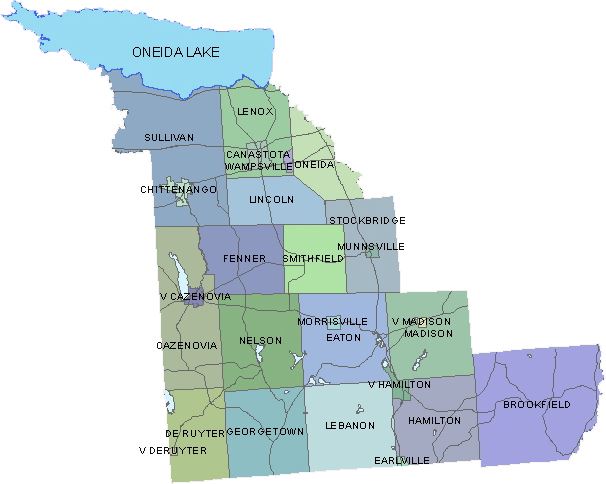 Timetable of the formation of the towns:

It was not until April 2, 1810, nearly four years after the formation of Madison County from Chenango County, that a county seat was designated. The location was Cazenovia, far removed from that most populous portion of the county, Brookfield. The Village of Cazenovia and Quality Hill were the only two sizable communities in the northwestern portion of the county at this time. The first courthouse was not built until 1813 and as such the first murder trial had to be held in a barn at Quality Hill (see Smithfield article).

In an effort to relocate the county seat and government buildings to a more centralized location, the legislature voted to establish Morrisville, located along the Cherry Valley Turnpike, as the county seat on March 17, 1815. By 1817 a simple wooden structure had been erected for a courthouse. This building was replaced in 1849 with a larger Greek revival building. In 1864 the courthouse was burned, presumably by members of the Loomis Gang mistakenly believing that indictments against them were stored there. The courthouse was rebuilt in 1866 and enlarged in 1877.

As there were no trains to Morrisville from anywhere in the county citizens had to travel by horse, stagecoach, sleigh, or walk. Traveling could take anywhere from two to three days depending on the person's starting point in the county. This issue became the main driving point for the removal of the county seat to another more conveniently accessible location. The Village of Oneida proposed removal to their community in 1888 offering what is Higinbotham Park today as a site for the courthouse. The offer was rejected. In 1900 Oneida filed a petition for removal followed by Earlville, Wampsville, and Canastota. These petitions were all voted down.

In 1901 plans for a Canastota to Morrisville trolley developed, stock was sold and the company was incorporated...but nothing developed. Morrisville was still without rail service.


That same year Oneida became a city and funds were set aside to build a new clerk's office in Morrisville. In 1905 the state inspected the county jail and found it to be the "most unsanitary in the state." This provided further ammunition to those who desired the county seat relocated elsewhere.

Oneida and Canastota filed petitions again in 1906. The petitions again were voted down. In 1907 Wampsville was incorporated a village. Three proposals for the site of the county seat were lobbied from the newly incorporated village, the first from John W Coe who offered an apple orchard adjacent to his home, the second from Roscoe A. McConnell (27 acres), and the third from John Marshall Tufts. On April 30, 1907 the board voted to remove to Wampsville and the location chosen was Coe's.

The property in Morrisville that comprised the county seat was transferred to what would become SUNY Morrisville. A map showing the property and placement of the jail, courthouse, and county clerk's office was filed on December 28, 1909. 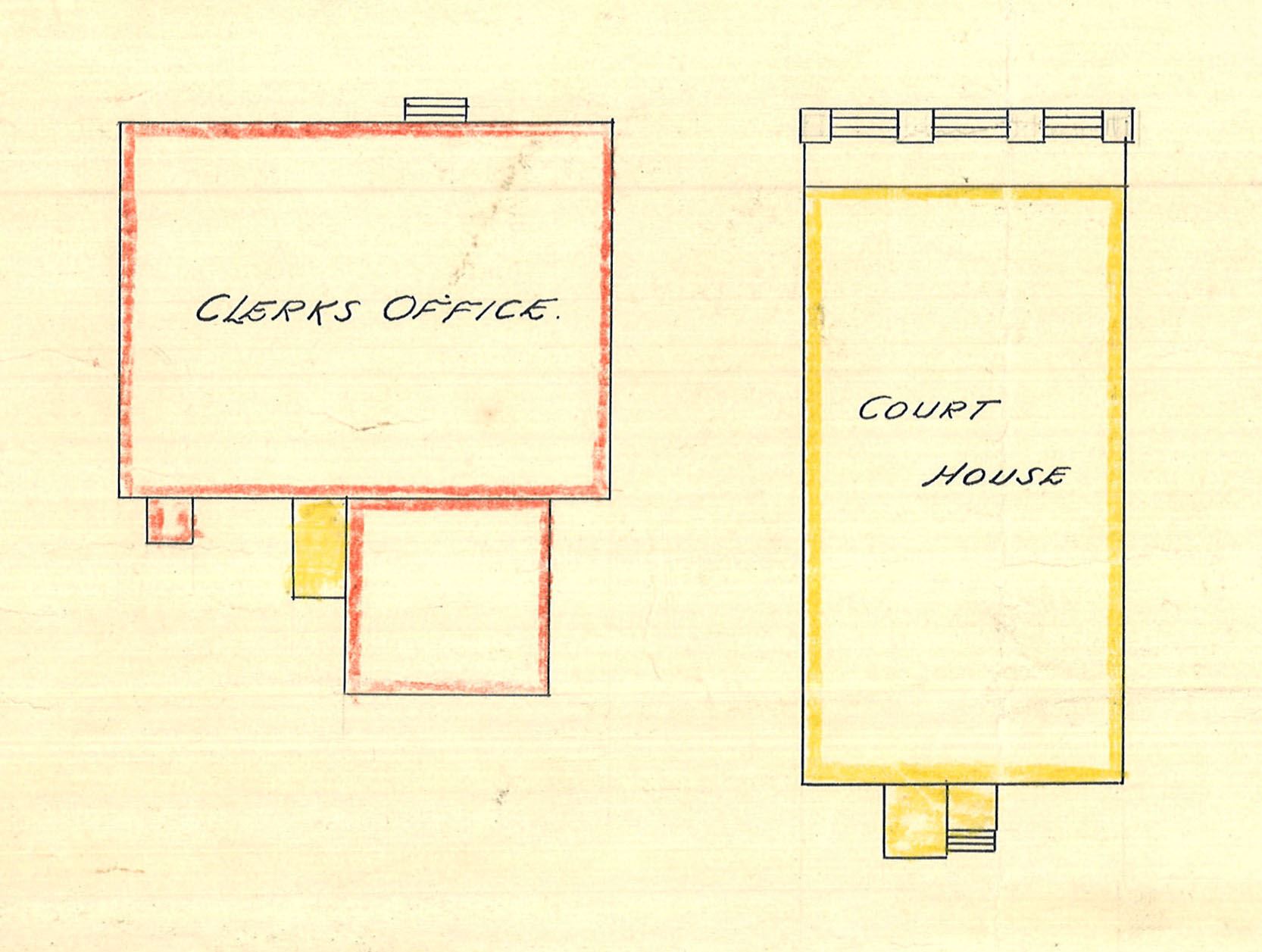 The year 1969 brought expansion to the county seat with the construction of two new buildings - the county office building would house a number of departments including the county clerk, DMV, and treasurer; the second building would be occupied by the department of social services. Additionally, the courthouse, now 60 years old, would be remodeled and used exclusively for judicial purposes. For an overview see ‘Madison County Building Program (PDF)' (Official Publication of the Supervisors' and County Legislators' Association of New York, June 1970).