Brookfield had the first permanent settlement in 1791. Many early settlers were Revolutionary War veterans, and in Hammond's "History of Madison County," Captain Daniel Brown celebrated the first Independence Day in Madison County. His grave is pictured in the "Guide to Madison County Cemeteries" (2nd Edition).

Agriculture was the main occupation of the rural scene and the county fair allowed people to come together to celebrate their achievements and show off their stock. The Madison County Fair in Brookfield is one of the longest running county fairs, hosting thousands of people since its beginning in 1839.

The Madison County Fair (PDF) was officially incorporated in 1898.

In October 1856 Frederick Douglass, the famous abolitionist, addressed approximately 12,000 people in Brookfield at the Fair. At the 170th anniversary of the Madison County Fair, Mr. Fred Morsell recreated history on July 11, 2009, by delivering a speech presented by Frederick Douglass. 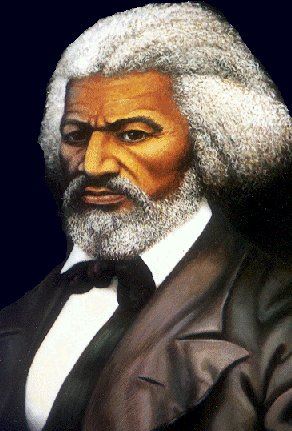 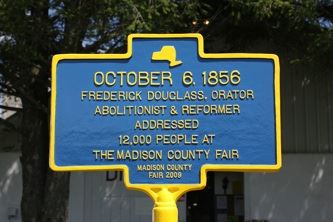 Learn more at The Frederick Douglass Papers at the Library of Congress.


Humorous stories and historical facts have been recounted in the book "Brookfield's Pride" compiled by the Brookfield Central School Class of 2007. One of which is about legendary wild animal trainer Professor George Keller, one of the few trainers able to work with a variety of wild cats in one ring. As part of the act, Keller placed his head into a lion's mouth for the count of ten. The lion would close his mouth and when Keller tapped the lion, he would open it. Unfortunately, one time the lion failed to respond to the signal and Keller had to be resuscitated by local firemen. He repeated the stunt immediately. This time, the lion responded. Keller said he had to do this or the lion would have thought him afraid, although it is reported Keller never performed the trick again.
Pay Taxes Online
Notify Me®
Employment
Emergency
Management
Bids & RFPs
Real Property
Lookup
[]