Determined to establish a venue in which boxing's great athletes could be inducted and honored similar to other sports legends, a group organized with the intent of creating a hall of fame. In 1984 the International Boxing Hall of Fame was incorporated and officially recognized by the State of New York. In 1987 the IBHOF purchased a parcel of property on which they would build their museum and facilities. The property, located at NYS Thruway exit 34 and North Peterboro Street in Canastota, is described in book of deeds 848 beginning on page 218 on file at the County Clerk's office.


On June 10, 1989, the International Boxing Hall of Fame opened its doors to the public. The IBHOF has an extensive archives collection including every issue of The Ring magazine (1928 to present), books, videos, a list of Olympic medalists, and much more. Within the museum you will find the Madison Square Garden boxing ring on which Muhammed Ali and Joe Frazier fought in 1971, boxing gloves and equipment, as well as plaster casts of fighters' fists.

Hall of Fame weekend every June ends with a parade through Canastota's downtown and an induction ceremony at the museum. 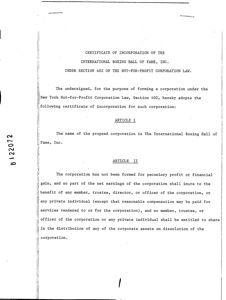 This event draws hundreds of spectators and boxing enthusiasts from around the country and beyond. This year's Hall of Fame weekend is June 9 to 12. History is made with each induction.

Hours
The museum is open:
Be sure to visit their website for more information about events and collections.


In 1832 a group of 16 men signed their names to the constitution of the Young Mens Temperance Society for the Town of Lenox. By signing the constitution they agreed to "abstain from the use of distilled spirits except as a medicine" and to promote the disuse of distilled spirits in the community. View the transcript (PDF) and the original document. 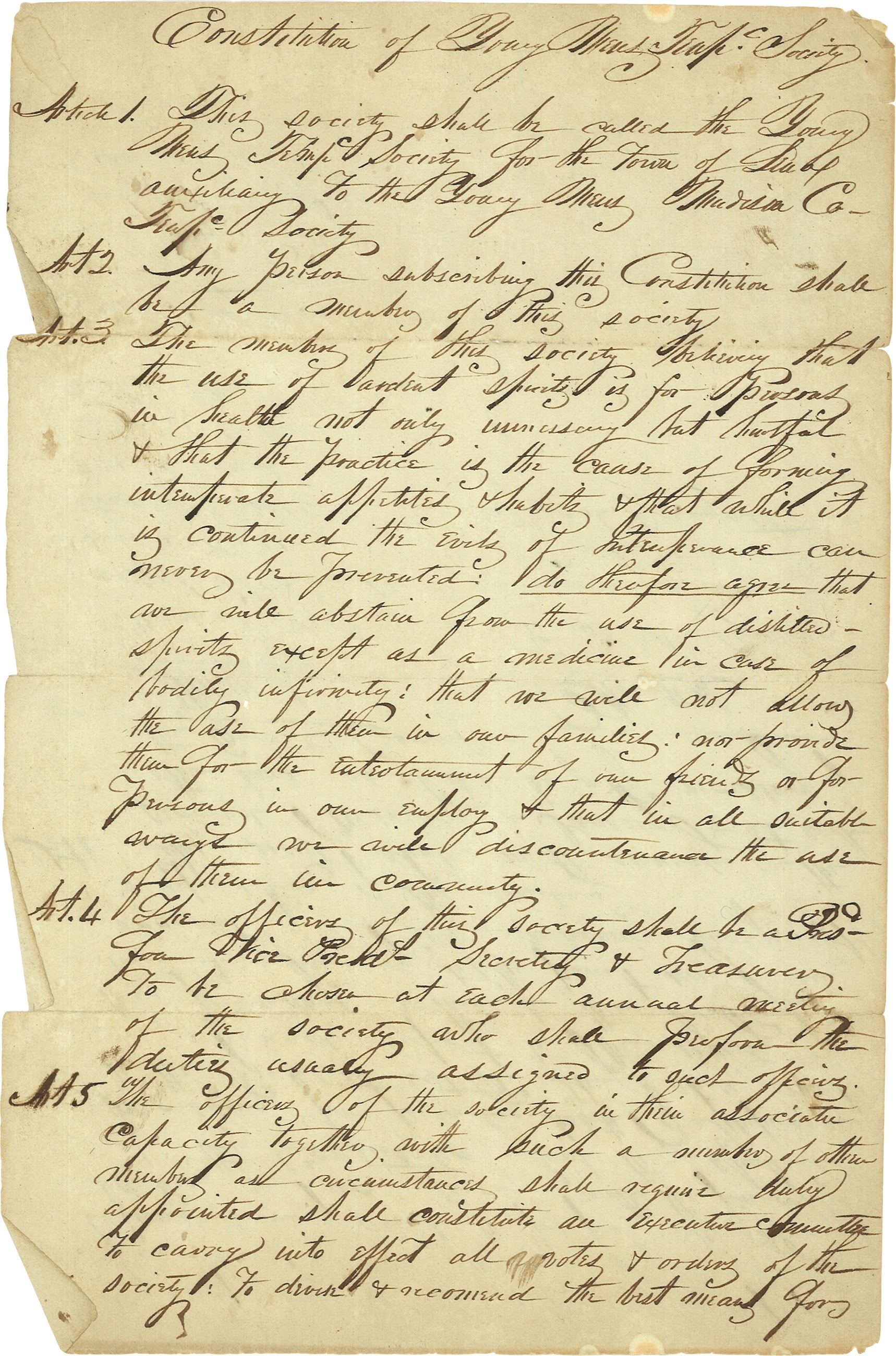 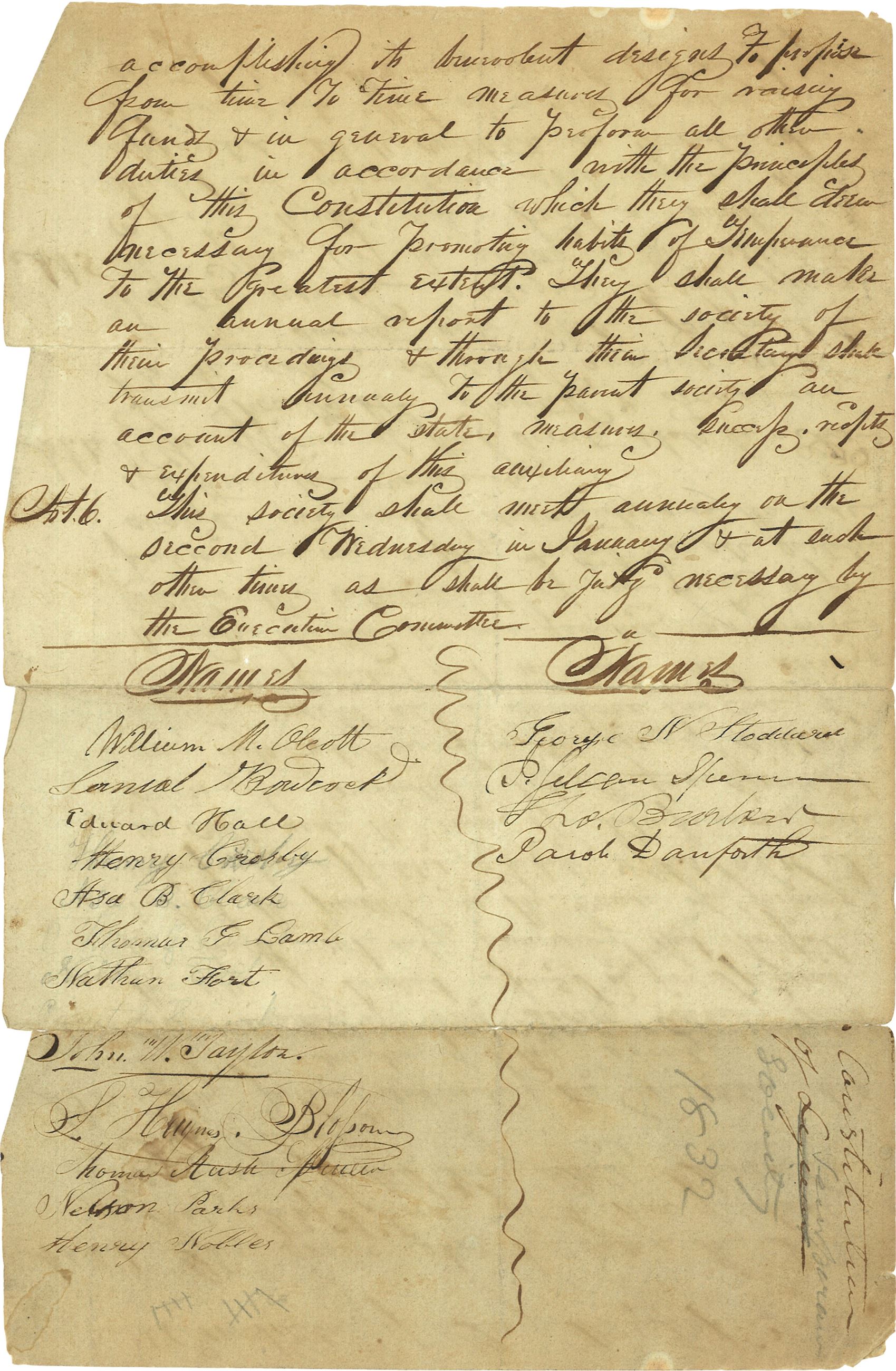 
In 1888 David S Watson patented a design for a dumping wagon to efficiently transport and dump large quantities of materials (trash, sand, gravel, stone, etc). Watson began building his wagon in Stratford, NY and as demand increased he sought out a new manufacturing site that would allow his product to be transported throughout New York State and the country. A West Center Street location in Canastota located between the Erie Canal and the New York Central Railroad was purchased by David H Burrell (Watson's financier) on January 25, 1896 (deed book 193, page 294). On May 31, 1899 this property was transferred to Watson (deed book 204, page 423). An adjacent piece of property was purchased by Watson in 1897 for $70 at auction (deed book 200, page 371).

In 1900 the directors of the company included David S. Watson, Charles E. Crouse (of Syracuse), Levi S. Chapman, J. Clarence Rasbach (of Canastota) and others.

David Watson left the company bearing his name in 1908 selling his shares to Levi Chapman and Albert A Keesler.

During World War I Watson Dumping Wagons were extensively used in France.

In 1919 the corporate name was changed to Watson Products Company.

In 1926 a new company was formed through a merger with the Rex-Baler Corp called the Rex-Watson Company. Rex-Watson specialized in building school bus bodies, but also manufactured children’s sleds and skates.

In 1928 the Rex-Watson Company filed for bankruptcy.

Fire destroyed the factory in 1994.

A selection of patents issued to David S Watson:

The Baptist Society of Lenox filed their religious incorporation with the Madison County Clerk on February 4, 1824. The incorporation states that the meetings of the society were held in the school house (specific location not given). The trustees elected at their meeting dated January 20, 1824 were: William Cobb, Roswell Randal, Charles Allen, Stephen Chapman and Arthur Palmer. In the County Clerk's Archives we have one deed for a pew (PDF) purchased by Chancy Webster. On March 28, 1829 one half of pew number 22 was conveyed for the sum of $25. This document more specifically places the Society's meeting house in Clockville. All of the trustees except for Stephen Chapman have signed the deed. Chapman apparently has been replaced by B Laurence (last name uncertain). The pew deed is a unique source of information for the researcher. 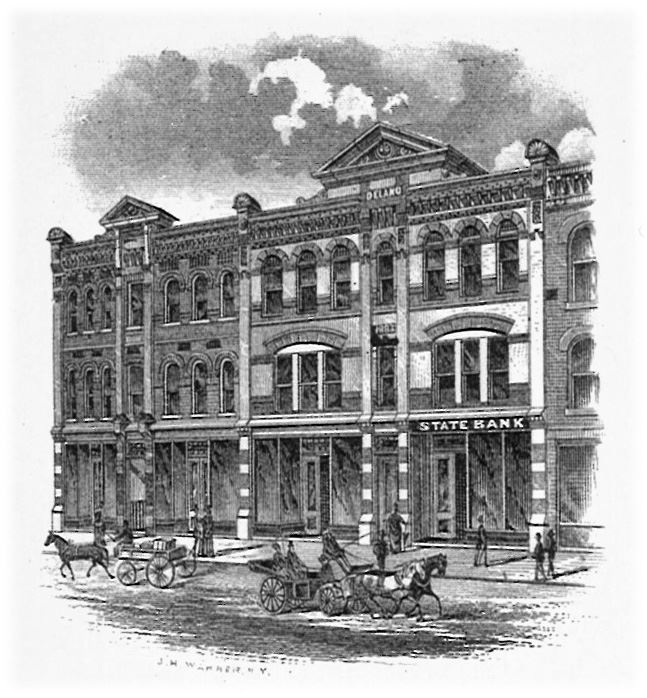 Milton DeLano served as Madison County Sheriff from 1873 to 1875 and 1879 to 1881. He was also a Member of Congress from 1888 to 1892. Previous to being elected Sheriff he was the Clerk for the Town of Lenox. A State Historic marker identifies his home on Peterboro Street, Canastota.