Suicide is the taking of one’s own life. There’s no single cause for suicide. Suicide most often occurs when stressors and health issues converge to create an experience of hopelessness and despair.

With nearly 1,700 suicide deaths in 2017, New York State had the 6th highest number of deaths in the United States. Among NYS counties, Madison County has one of the highest rates of suicide. Certain groups of people are more vulnerable to suicide, including different age groups (10-34, 45-54, 85+ years), men, rural residents, employment type (e.g. farmers, veterans, first responders), and LGBTQ individuals.

To learn more about suicide in Madison County, read the full report here. 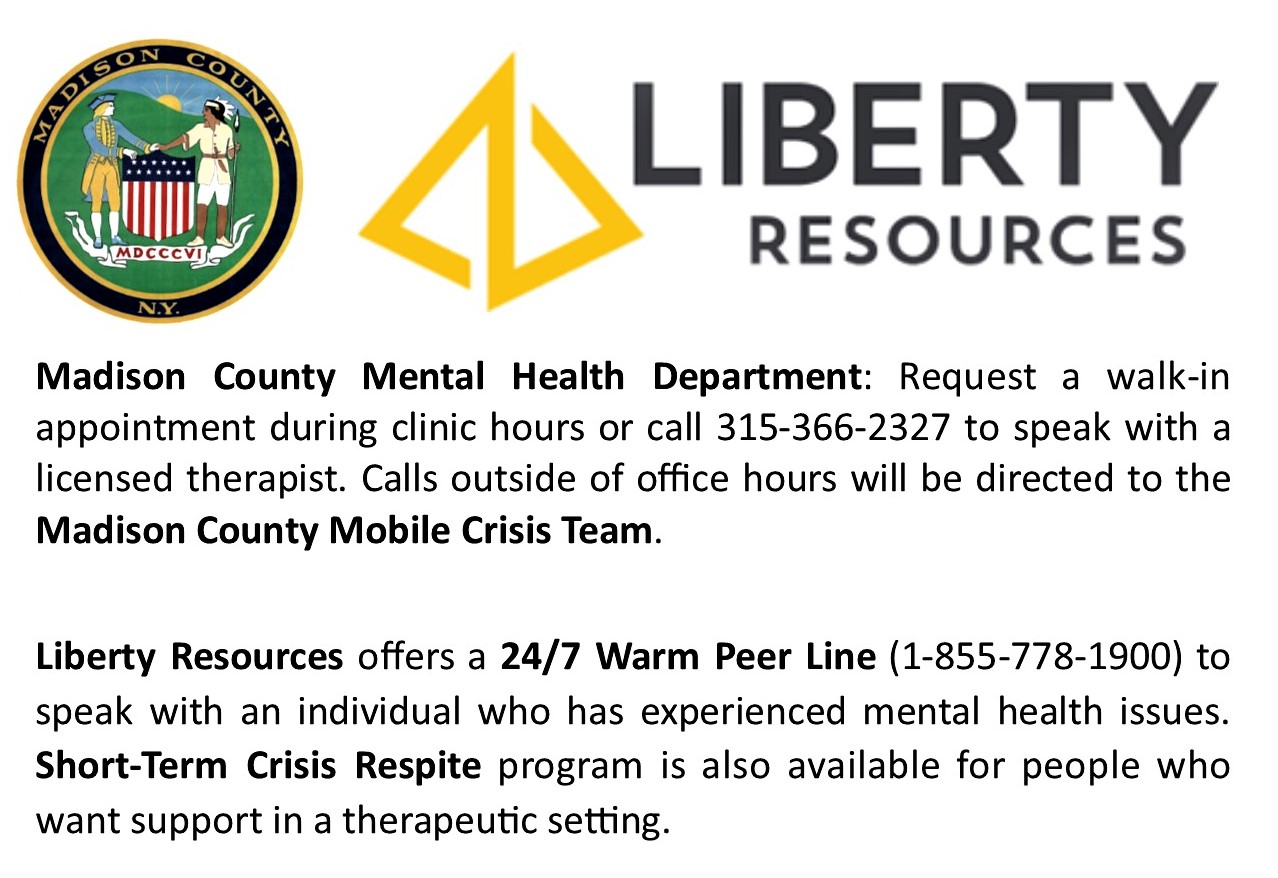 Looking for ways to get involved?