Along the Erie Canal 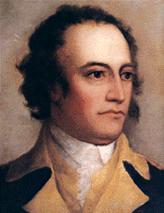 When the Erie Canal was completed, many businesses were established. The canal increased trade throughout the nation by opening eastern and overseas markets to Midwestern farm products and by enabling migration to the west. To this day, about 75% of central and western New York's population lives within 25 miles of the Erie Canal.

One of the businesses that would invariably be established was the "dry dock." A dry dock was a basin or bay connected to the canal. When the basin was closed off from the canal, they would drain it to allow them to perform repairs. These facilities also would commonly launch new boats and in some of the bigger ones, load the boats with materials to be shipped. Another business was that of hydraulic cement, or water lime, for sealing leaks in the Erie Canal. Canvass White held a patent for this process of burning lime located in Sullivan, pulverizing it into mortar, mixing it with sand, rolling it into a ball and placing it in water to set.

In the mid 1850s John H. Walrath began purchasing parcels of land on both the north and south sides of the Erie Canal with the intention of building a basin to connect to the canal. He constructed his dry dock in Lot 46 of the John B. Yates Estate subdivision south of the canal and north of the mill pond (see map). In July of 1856 John H. Walrath purchases land from John J. and Keturah Walrath for the purpose of filling and draining the dry dock. The cost of the land was $500. This conveyance can be found in book of deeds CD at page 427. The deed reads in part,

"...the right to construct a ditch the width of ten feet...situate south of the Brine Bank of said (Erie) canal for the purposes of conducting the water from a dry dock of the party of the second part (John H. Walrath) now in process of construction...the ditch not to exceed ten feet on the surface in width..."

By 1865 he was running the business "John H. Walrath and Co., Boat Building and Repairing." This dry dock would change hands but would function as a very important business in the history of Madison County.


On April 23, 1891 Father Bernard J McQuaid conveyed a two acre parcel of land to St. Patrick's Catholic Church in Chittenango for the sole use as a cemetery. The cemetery, located on Salt Springs Road, was formerly known as St. Agnes' Cemetery.